By Sarah and Lee Rogers

"No More SVP's in Borrego" 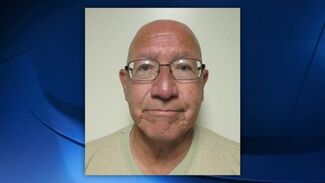 In 2021, our Borrego Springs and Ranchita communities experienced problems with critical community feedback reaching Judge David Gill and the District Attorney's office prior to scheduled placement reviews for Sexually Violent Predators (SVP) Merle Wakefield and Michael Martinez. Both have felony convictions for child molestation/rape/lewd conduct and many other crimes.

The San Diego Superior Court is scheduled to review proposed placement for SVP Martinez, who has a current diagnosis of pedophilia and has felony convictions of crimes against small children, yet this additional vetting has not been done. Children fitting his victim profile live next door to 3406 Running M Road. Many more children are educated and in child care within a ¼ mile radius. The house has an unobstructed view into the backyards where the children play. The house is on a cul-de-sac with undeveloped land behind it where children from a nearby trailer park play and ride their bicycles.

The CA Department of State Hospitals (DSH) and their Conditional Release Program contractor, Liberty Healthcare have a history of improperly vetting properties regarding community safety. In October 2021, the San Diego County Board of Supervisors voted unanimously to direct County departments to review and verify that DSH and its Conditional Release Program contractor, Liberty Healthcare, comply with all applicable state and local laws, codes and requirements when searching for and securing housing for SVPs. Chief Administrative Officer Helen Robbins-Meyer was directed to develop a communications plan so that county staff would have a transparent notification process for and receive feedback on proposed placements of SVPs. With these actions, the Board called for a placement moratorium.

Last year, a Superior Court Judge in Sacramento did not approve placement of an SVP in Wilton, California. The judge stated that he had to take the safety of both the SVP and the community with law enforcement presence into consideration, referencing the 40-minute response time. Similarly, there are two Sheriff's Deputies to cover the entire Borrego Valley and de Anza State Park. Response time for deputies can range well over one hour if more than one incident has occurred, when deputies are transporting prisoners, or are off duty.

Why do landlords rent to Liberty? The money. This is a problem of out-of-town investors buying property with the intention to rent to Liberty Healthcare specifically for the housing of SVPs. It is unethical but also very profitable to the landlord and to Liberty. A Ranchita resident obtained one of Liberty's contracts and there were no responsibilities in it for the landlord regarding the tenant.

How did this happen? Prior to the Newsom administration, housing of SVPs who had served their time was allowed only on the property of State Hospitals and prisons. However, this administration's political appointee, CA Department of State Hospital Director Stephanie Clendenin hired Liberty Healthcare as the exclusive contractor to administer the Conditional Release Program. The department gave Liberty permission to contract for housing SVPs on the open market – in neighborhoods. Such placements are covered by CA Welfare & Institutions Code 6608 and there are safeguards written to protect children. However, it has been our experience that the code was not followed by Director Clendenin or Liberty Healthcare, which is headquartered in Pennsylvania.

When measuring the success or failure of CONREP, consider that 70 percent of SVPs released into communities in California were returned to custody. Why? In the words of the Liberty Healthcare Representative, Dr. Cameron Zeidler, they were returned for "technical violations or sex not involving a human."

Why does this matter? SVP Martinez's most recent release was in 2018, to a property on a 40-acre parcel in Boulevard, CA. After escaping the property through 3 locked gates over private property, SVP Martinez was returned to custody in the State Hospital. Following his return to custody, SVP Martinez admitted that he had lied to authorities.

SVP Martinez's paraphilia requires on-going and regular treatment. The Borrego Springs Clinic medical staff was drastically cut and there is no longer a medical doctor to provide care. No psychiatric or psychological treatment services are available in the Borrego Valley.

In this designated Dark Sky Community, emergency or urgent healthcare are 73.5 miles distant. Should he have a psychotic break, there will be no option to evacuate SVP Martinez by helicopter, which is the only rapid medical response in the entire area and only operates when weather permits. High winds and blowing sands often preclude flight operations and GPS is not reliable, so ankle monitoring is rendered ineffective in Borrego Springs and the Borrego Valley.

So where are we now?

Following is a list of what we believe is factual information:

- Two properties in Borrego Springs were purchased by Hany Botros and Youssef Cristin in February 2022. One of those -houses is on Running M Road, and the other in Deep Well.

- Botros and Cristin have purchased five properties in Los Angeles County and four in Lancaster, California. They also purchased a house in Littlerock, California, where SVP Grassmier is now housed.

- Hany was listed as the representative for "Wadie Investments, Ltd."

- The SAFE Task Force will accept public comments about the proposed placement to be included in the formal response to the court and the Department of State Hospitals.

- We have drafted letters and provided information on Facebook, Borrego 92004 and the Ranchita Roundtable.

As a community, we need to respond to every county official who will listen. In the past, critical information about the inappropriateness of proposed placements was reported to the SAFE Task Force but were not acted on or did not reach the court. We know this property was improperly vetted for suitability of housing an SVP with felony convictions of harm to children. What we don't know is if the court will receive and act on the information.

Adding to this, there is potential for another problem – a review is scheduled in July for SVP Merle Wakefield, but we have no notification of a placement location. SVP Wakefield previously had no current diagnosis, as required by law, and his eligibility for participation in the Conditional Release Program (CONREP) was invalid. It appears he may now have a current diagnosis. However, is the past six months a sufficient period of time to obtain a diagnosis, develop a treatment plan, and participate in training for CONREP participation? This lack of following the requirements as defined by CA WIC 6608 to vet suitable housing will put the lives of young San Diegans in Borrego Springs and other communities at risk of real harm.

In my retired professional opinion, I would say it is not sufficient time.

You can mail your comments to:

Oral comments may be accepted subject to court ruling

during a hearing on: