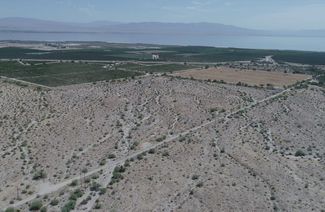 The Torres Martinez Desert Cahuilla Tribe plans to build an 8,400-bed prison on its reservation by the Salton Sea. This prison would be one of the largest in the state and the country.

The Tribe would then lease it to the state, the first of its kind in the nation. No other tribe in the United States has previously leased land to the state or federal government for a correctional facility.

The Torres Martinez Desert Cahuilla Indians are a federally recognized tribe of Cahuilla Indians, located in Imperial and Riverside counties in California. The Tribe owns and operates the Red Earth Casino in Salton City.

The project, an approximate cost of $2 billion, would be financed by the Tribe and its business partners, who would maintain the medium-security prison with the state staffing and managing the facility. The state would then pay the Tribe rent of approximately $175 million per year.

This project would bring in an estimated 2,000 jobs, as discussed with former and current heads of the California Department of Corrections and Rehabilitation.

The Tribe, according to Tribal Chairman Thomas Tortez Jr., the prison would acquire the water from the aquifer under the reservation to supply the prison.

They also want to help the dying Salton Sea, largest lake, has been shrinking for years of which they own 11,000 acres. Wastewater from the prison would help the Sea, as the water would be filtered and pumped into it from the facility everyday, according to Tortez.

Community members have not exactly embraced the idea of building this in the area.

However, this project has not been given the green light yet from the state. There is no proposal under consideration at this time.