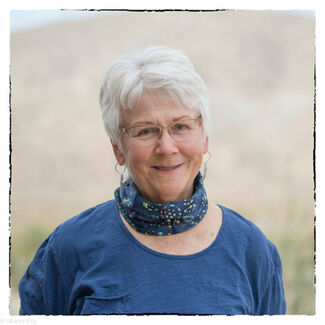 Karen Jean De Lorenzo, devoted wife, mother and grandmother passed away on December 19, 2022. Karen was born March 18, 1947 in Vanport, Oregon (a town which was destroyed by the 1948 Columbia River flood) to Nel Larson Jones and Dayton Francis Jones. Raised in Portland Oregon, she attended Sunset High School where she lettered in swimming all four years. Karen was also a dancer, beginning with ballet at age five and later including modern dance. She studied with the Anita Pienovi Dance Studio and was still dancing when she began classes at, what was then, Portland State College.

Memorable moments from her time at Portland State included a modern dance performance at the Meier and Frank department store to promote a new line of home linens introduced by famed designer Emilio Pucci and later, a dance to protest the Vietnam war.

Following marriage, Karen in 1968 moved with her husband to a ranch in central British Columbia. They lived in a log cabin they built themselves. Karen, an accomplished equestrian, raised Arabian horses and co-founded the BC Central Interior Arabian Horse Association. It was here that their son Joshua was born on July 27, 1971.

After seven years, Karen returned to Oregon where, now single, she began a career with Oregon state government, and in 1982, married the love of her life, Tony De Lorenzo. She began work at the Oregon Department of Transportation where she co-founded the ODOT Women's Network. The network supported career development for women in the department.

Karen and Tony lived in Salem, Oregon during their working years where Karen eventually retired as the Administrator of the Oregon Board of Accountancy, the state agency that licenses Certified Public Accountants.

Following retirement, Karen and Tony moved to Port Townsend where for over 20 years Karen has been active with the Port Townsend Marine Science Center as a supporter, docent and board member. She was an enthusiastic aquarium docent with an extensive knowledge of marine science to share with visitors. As a citizen scientist, she participated for many years in the Sound Toxin program – an early warning program for harmful algal blooms in Puget Sound. Karen and others would collect seawater samples to identify phytoplankton and preserve a portion of the sample for later analysis of toxins. Another highlight of her work as a citizen scientist was to help assemble the orca skeleton that now hangs in the Marine Science Center Natural History Exhibit – exacting work that took several weeks to complete.

For the last 10 years, Karen and Tony have wintered in Borrego Springs California, a small town surrounded by the Anza-Borrego Desert State Park. As a park volunteer, Karen participated in Archeological surveys as a certified Archaeological Technician, worked at Visitor Center, delivered nature talks as certified naturalist, and served on the board of the volunteer steering committee.

Karen lead an active outdoor life as a scuba diver, sea kayaker, hiker, backpacker and sailer. An enthusiastic birder, Karen has participated as a team member and team leader in the Christmas bird count for over 20 years.

Karen will be greatly missed by her family and many friends. She is survived by husband Tony De Lorenzo, son Joshua Gage, daughter-in-law Michele, and grandchildren Ryan and Natalie.

A memorial gathering will be held in early January.