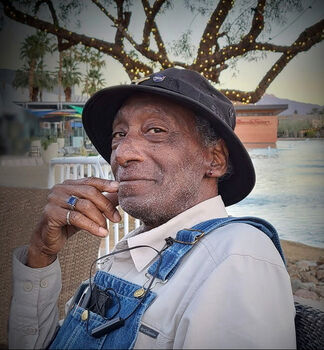 Dennis M. S. Hugee, 68, passed away on November 18, 2022, at this home. He is survived by this partner of 20 years Rebecca Scott. Dennis was born on March 2, 1954 in Harlem, NY, later adopted by Henry and Mary Hugee and moved to Savannah, GA. He graduated from Alfred E. Beach High School in 1972 and then joined the U.S. Navy. He served four years aboard the USS Constellation, mostly in the Pacific and then two years in the reserves.

After his discharge from the Navy, Dennis settled in San Diego and worked for General Dynamic. In the early 1990's Dennis moved to Borrego Springs and fell in love with the desert. This is where he met his partner, Rebecca. He held many different jobs in the Borrego Springs area before he retired in 2010. Since then, he has enjoyed a peaceful life in the desert, doing photography as a passionate hobby. He always had a smile on his face and was an avid jokester.

At this time, there are no plans for services, but his wish is to be buried in Miramar National Cemetery.