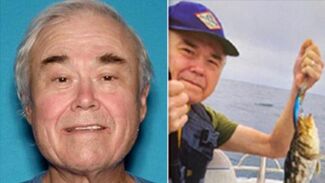 A man who was reported missing in Borrego Springs was found deceased on May 24, San Diego County sheriff's investigators, said.

Kim Michaelis, 63, was last seen walking near Borrego Springs Resort on May 23 wearing a dark shirt and purple bathing suit.

After an extensive search of the nearby areas, his body was recovered two days later in an open field behind the 3300 block of Borrego Valley Road, according to sheriff Lt. Amber Baggs. The area is a short distance from where he was last spotted.

Deputies did not find any evidence of foul play, Baggs said.