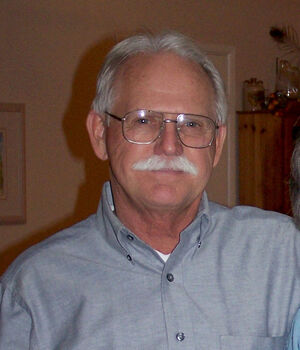 Kind, intelligent, and a true gentleman, Manfred had the respect of many and will be sorely missed by his loving family and all who were fortunate to know him.

Manfred was born on Christmas Day, 1942, in Danzig, Germany, to Albert and Klara (Paulitz) Knaak. After the war, the family resettled in Immenstaad, on Bodensee, in southern Germany, where Manfred grew up. Finishing school at age 15, he entered an apprenticeship in food service, working at fine hotels in Germany and Switzerland. That training enabled him to come to the United States on his own at age 18 with the sponsorship of the owner of the Inn at Rancho Santa Fe, in San Diego County.

Manfred attended California State University, San Diego (SDSU), for undergraduate and graduate school, teaching himself English by translating his text books into German. He became a naturalized U.S. citizen in 1967, and in 1968 was inducted into the U.S. Army, where he served in the 82nd Airborne Division as a paratrooper in Vietnam. He received an early separation from the military in 1970 to attend graduate school, graduating in 1972 with a Masters in Anthropology. He had a desire to teach, but few jobs were available at that time.

Manfred first arrived in Anza-Borrego Desert State Park in 1972 to assist Archaeologist Bill Sidel with archaeological site surveys. Manfred returned to Anza-Borrego in 1976 as a State Park Patrol Ranger. It was during his years in Anza-Borrego as a patrol ranger that he met his wife, Betsy. They married in October 1982 and moved to Palm Springs, where Manfred was the supervisor and then later the Chief Ranger at Mount San Jacinto State Park and Wilderness.

They returned to Anza-Borrego in 1984, when Manfred became the Supervising Ranger II for the Southern Sector of the park. For eight years, Manfred researched and wrote the major study of rock art of the park, The Forgotten Artist, Indians of Anza-Borrego and Their Rock Art, an award-winning book published by the Anza-Borrego Desert Natural History Association. Betsy typed numerous copies of the manuscript on the portable typewriter at the Tamarisk Grove park residence where they lived for 10 years, and where their son, Alexander, lived for the first four years of his life. In 1994, Manfred was promoted to California State Archaeologist responsible for the Cultural Resource Inventory for the Anza-Borrego Desert State Park General Plan.

Manfred retired from the California State Parks in 1997, and began teaching at Imperial Valley College (IVC), in Imperial, Calif., becoming a tenured professor and chair of the IVC Anthropology Department. A popular and dedicated teacher, Manfred's classes were always full. He taught online through the pandemic, and had a full class load even for the current 2021 fall semester. He enjoyed being on campus, and he cared greatly for his students and his many friends and colleagues at the college. Much of his personal research library has been transferred to the IVC Library.

Manfred enjoyed traveling and photography, especially with a research project in mind, and he looked forward each summer to the annual father-and-son camping trips he and Alexander took throughout the West. Growing up, Manfred learned to sail and ice skate, and passed those skills on to his son. He often visited his mother and siblings in Germany, accompanied by his American family, providing many happy memories.

Manfred was preceded in death by his parents; and his sister, Eleonore (Lore) Schmid. Manfred is survived by his wife, Betsy (Elizabeth) Knaak of Borrego Springs; son, Alexander W. Knaak of Fallon, Nevada; brothers, Gerhardt Paulitz (Hedwig), Waldemar Knaak (Thea), and Ewald Knaak (Trudl) in Germany; sisters-in-law, Patricia Clark and Catherine Cole (Jerry Long); and many nieces and nephews, both here and in Germany, all of whom he loved very much. We cherish our time with him, and he will live forever in our hearts.

A memorial service is being planned in Borrego Springs, but the date is not yet set.