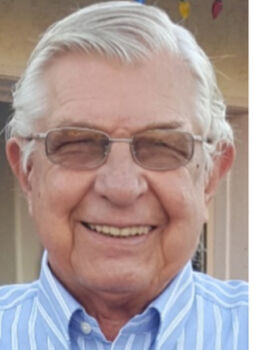 Bob was born January 29, 1938 to Elmer and Minnie (Heitman)Juers, in Red Wing, Minnesota.

Bob attended District #10 Country School through grade 6, St. Peter's Lutheran Parochial School, where he was confirmed in 1951. He graduated from Lincoln High School in 1955.

Bob worked in the administrative office at Lincoln High School, before attending the University of Minnesota, where he graduated with a Bachelor of Arts Degree in International Relations. He was employed at Northern Trust Company of Chicago for 29 years.

He was a member of the US Army Reserve Unit, 544th Ordnance Co. Wabasha, Minnesota.

The Unit was mobilized during the Berlin Crisis in 1961, for one year duty in Ft Polk, Louisiana. He was the current finance director of American Legion Post # 853 Borrego Springs and Past Commander of Post #853 and Post #22 San Diego.

Burial will be at a later date at Fort Rosecrans Cemetery, San Diego, California.