Fight Not Over, Trump Plans to Sue 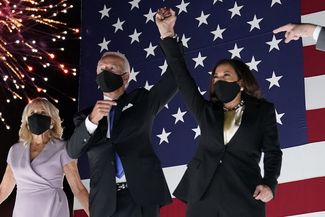 In a whirlwind of anticipation and emotions with tensions growing each day, former Vice President Joe Biden and Kamala Harris have been elected, President and Vice President, respectively, of the United States of America.

After securing Nevada and Pennsylvania early this morning, Biden secured 20 electoral votes, pushing him past the necessary 270 to win, defeating President Donald Trump. Trump is the first incumbent president to lose reelection since George H.W. Bush in 1992.

However, amid the ongoing celebrations across the country, the fight is far from over. President Donald Trump made it clear in a statement he will not concede, and said, "Beginning Monday (Nov. 9), our campaign will start prosecuting our case in court to ensure election laws are fully upheld and the rightful winner is seated."