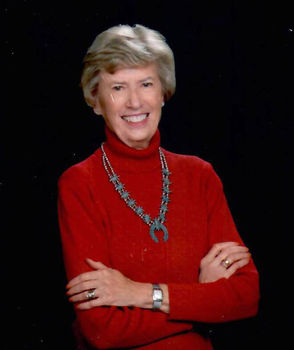 Ollie Elizabeth Hopkins Cone passed away peacefully on July 21, 2020 in Santa Fe, New Mexico. She was born on October 18, 1934 to Wallace and Bessie Margaret Alsworth Hopkins in Omaha, Nebraska.

Her family moved to Greeley, Colorado where she later graduated from Colorado State University in 1957 with a degree in textiles and clothing. In college, Ollie was a member of Pi Delta Epsilon, national journalism honorary, and of Omicron Nu, home economics honorary, serving as president in her senior year. In 1955, she spent six months in Costa Rica in an International Farm Youth Exchange program.

After retirement, they moved to Borrego Springs, California where Ollie was active as a volunteer for the Anza-Borrego Desert State Park.

Ollie remained dedicated to journalism and grammar her entire life. She worked for the New Mexico State Legislature as a proofreader, and later for the Anza-Borrego Desert Natural History Association editing their newsletter, The Sandpaper. She often joked, that all she knew about grammar she learned in a "one-room schoolhouse."

Ollie was an avid needleworker and seamstress. She spent countless hours needlepointing, quilting and sewing clothing, down sleeping bags, tents, Halloween costumes and many other specialty items. Many of these items are still being enjoyed some 40 years later. Ollie also loved to bake and was famous for her sugar cookies and cherry pies.

She is survived by her children and grandchildren: Jay Wayne Cone (Mary Martha Hill) and their twin sons, William Avery Cone and Timothy Burr Cone of Hailey, Idaho; Reed resides in Indiana with his wife Michelle. Elise their daughter lives in Chicago.

A virtual memorial service will be scheduled for family and friends. For information, please email: jaycone050@gmail.com