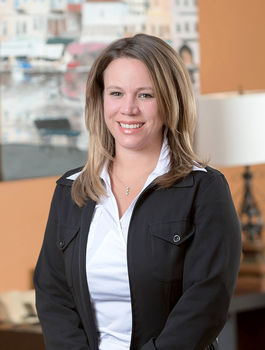 Word is more key staff have left Borrego Health. Nancy Pealing, Chief Quality Officer, having been with Borrego Health for 16 years, earning a salary of $342,000, with a relative earning $58,000, and Gabriela Alvarado, Chief Compliance Officer, with the Clinic for 11 years, and a salary of $323,000, who is responsible for Borrego Health's compliance with state and federal guidelines, laws and regulations. The Sun was told their exit was due to not being satisfied with the activities being performed by the administration at Borrego Health.

Executive Chief Medical Officer, Dr. Alfredo Ratniewski, seems to have also resigned, but will continue in some capacity at two-thirds his $663,000 annual salary. Another riddle – he was President of the Borrego Independent Physician's Association, based at the same address as BH with Bruce Hebets, Hebets' wife, Chief Executive Officer Mikia Wallis and Margaret Smith, all involved in the company. Borrego Health gave it $2,750,000 as support for the company and a $460,000 loan. Why? What happened to the loan?

On BH last IRS-990, they ticked the box saying that they had not been involved in lobbying. When, in fact, they paid $490,000 to Brownstein, Hyatt, Farber and Schreck, LLP, from February 2017, to October 2018, for lobbying activities.

The Sun has been told that for 2019, 16 BH key executives received approximately $1,500,000 in bonuses and incentive compensation on top of salary increases.

It seems amazing that BH gave us a statement saying, "As a result of the rapidly escalating COVID-19 public health emergency and financial strain," as a reason for the non-functionality of the Borrego Springs Clinic. The statement further said, they would be reducing expenses. The truth being that BH income for the period ending in 2019 showed an increase in income of approximately $100,000,000. Yes, $100,000,000, an increase of nearly 50 percent. And of course, executive salaries also increased. CEO Mikia Wallis' salary went from $360,000 to $575,000, at present.

There was discussion that if she was dismissed for any reason, she would receive three years pay.

Dan Anderson, what is his role in this? He's Chairman of the BH Board of Trustees/Directors, and an associate of the late Bruce Hebets for at least five years. His nonprofit 501(3)c is the Riverside Community Health Foundation: Hmm, RCHF has a familiar ring with BCHF? Anderson's foundation has assets of $96 million. Also, it's very strange that RCHF, a nonprofit in Riverside, dealing with medical clinics , has an involvement in the Cayman Islands and Ireland. Dr. Anderson takes a salary of $225,000 as CEO of his Riverside Foundation, and his deputy earns $125,000, which seems fair in comparison to BH executive salaries. What again is strange, however, is RCHF received $620,000 from Borrego Health for "shared directorship rent and support."

Apparently, executives at BH have regularly discussed moving Borrego Health headquarters to Riverside, and maybe a merger might have been afoot between BCHF & RCHF.

More staff have been laid off at Borrego headquarters, and it seems, Anderson is involved in the day-to-day running of BH, and works very closely with CEO Mikia Wallis in decision making. This is more of a role than an independent director is expected to perform. More in the next issue.

The Sun tried to contact Mikia Wallis for comments, but our calls were not answered.