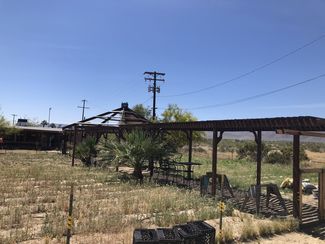 Work is being done outside of the Red Ocotillo to expand their dining with a better feel of "farm to table."

The Red Ocotillo is building a pergola in its garden.

"It's an extension of our outside seating and a great addition to the Red O," co-owner David Leibert said.

Leibert has been heavily involved with the creation and construction of the pergola, hoping for it to be ready when restaurants are able to fully function once again.

He is fully prepared for that day when he can open the restaurant and try to be "business as usual" under the new circumstances.

However, due to San Diego County's Public Health Order and Governor Gavin Newsom's current plan, restaurants are still closed, only able to serve customers via to-go or delivery only at this time.

The Palms at Indian Head Hotel is open, and will remain so for the rest of the year.