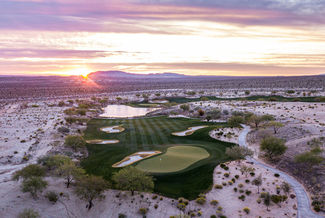 It's becoming almost a routine. On March 29, it once again became official: The Rams Hill Golf Course was voted the "Best Public Golf Course in Southern California."

Having already been awarded "Best Golf Course in the Country in 2016," Rams Hill continues to keep up its winning streak year after year since they re-opened in late 2013. No one is prouder of the latest award than Rams Hill COO and General Manager Harry Turner.

And as for the other courses, "We were fortunate enough to face and beat some very tough competition," he added.

"Coming out on top of Torrey Pines (a US Open venue) in the semi-final matchup and then holding off PGA West was awesome. We want to thank all of the many Southern California golfers who voted for us in all four of our matchups."

Congrats to all the folks who make Rams Hill the best golf course to play in all of Southern California.