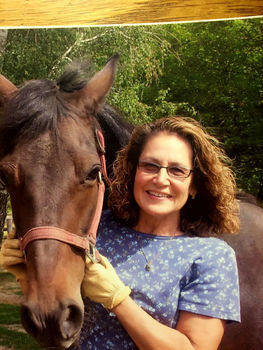 Yvonne was the second of five girls and is survived by all of her sisters: Patti McAnally of Deer Park, Wisconsin, Erica Alessio and husband Dominic of Pullman, Washington, Cynthia Hollerbach of Phoenix Arizona and Carol Burnett of Bend, Oregon. Yvonne is also survived by six nieces and three nephews in Oregon and Minnesota along with 10 grandnieces/nephews, one of whom is her namesake.

Aunt Yvonne was loved and will be remembered for her laugh, smile and encouragement of her nieces and nephews to continue their education.

Born February 1, 1948 to Leo Stanley Biedron and Catherine Ruth Groebner in Minneapolis Minnesota, Yvonne was a leader to her siblings and peers. She graduated from Fridley High School as 1965 homecoming queen, married David Johnson in 1969, and moved out west to Moscow, Idaho in 1972. This opened up the corridor for many of the family to move out to the beautiful Pacific NW, following in her footsteps.

Yvonne was best known for her volunteer and mentoring support to local adult education programs, and training students at annual economic summits. She was actively involved with Soroptimist International of Borrego Springs, Boys and Girls Club of Borrego Springs, Borrego Springs Senior Center and the Anza-Borrego Natural History Association. Her friends and colleagues in these groups will miss her deeply, as she was in the middle of many projects.

Yvonne will also be remembered for her love of animals and nature. She left her cat Issi of 17 years, and was preceded in death by cat of 23 years Misty, and numerous barn cats she kept alive throughout the years.

During her years in Moscow, she became quite a skilled horsewoman, and owned numerous Tennessee Walkers. She and Terry explored the Selway-Bitterroot Wilderness of Idaho on summer horse trips. She enjoyed skiing with her many friends during the winters in McCall, Idaho. Skiing would remain a favorite hobby until her knees gave out. Yvonne found her favorite spot of Borrego Springs in the winter of 2005/2006 during her motor home travels which she used to escape the winters. When she married Bill in 2012, they would continue the tradition of wintering in Borrego and summering in Idaho, Oregon or Montana. In 2017, they bought a home in Borrego Springs, and used the motor home to escape to the woods and rivers of Bigfork, Montana – Yvonne's latest love and discovery. She spent her last summer sitting outside the motor home, healing from a rough year, texting family and friends daily descriptive wildlife sightings, and updates on her returning health.

In lieu of flowers we ask that donations be made in Yvonne's name to one of the following: