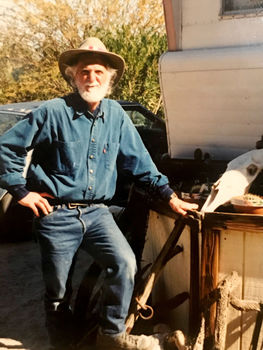 George was born on July 16, 1938 in Valier, Illinois to George M. and Rose (Horvath) Porvaznik. He was a 1956 graduate of Valier High School, and later joined the United States Marine Corps, stationed at Twentynine Palms, California.

George enjoyed being in the desert in California, along with traveling, camping, hiking, fishing, and making crafts. Photography was a history buff including local, American and world history.

He is survived by his children – Robin Vancil of Florida, Anthony (Stephanie_ Porvaznik of Arizona, Theresa (Jerry) Craig of Illinois, Steven Porvaznik of Wyoming, and Mark Porvaznik of California. His oldest child Eric Porvaznik preceded him in death in 1980. Also preceding him in death are his parents and several beloved uncles, aunts, and cousins.

George is also survived by his siblings of which he is the oldest – Charles Porvaznik, Michael (Bonnie) Porvaznik, Mari Sue Montgomery, and JonMark (Lori) Porvaznik, all of Illinois.

In addition, George is also survived by his six grandchildren, Zachary and Cody Guthrie of Florida, Mattie Guthrie of California, Spencer and Travis Craig of Illinois, and Hannah Porvaznik of Arizona. He also leaves behind many cousins and friends across the country.

His final wishes were to be cremated and laid to final rest with his son Eric at Maple Hill Cemetery in Sesser, Illinois.

A luncheon was held immediately afterwards at the Sesser Community Building.