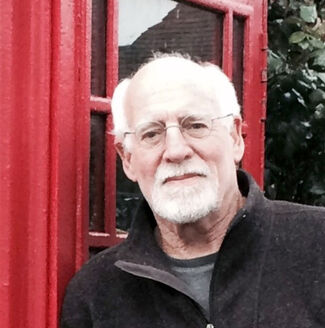 David Lasley, of Borrego Springs and Occidental, California, passed away on Thanksgiving Day in Riverside, California in the company of his son, Joey Lasley, his former wife, Naomi Lasley and his best friend Patti Stack.

Born in 1941, David spent his childhood in Palm Desert and Santa Monica, California. He attended college at UCLA where he graduated with a degree in Accounting. David worked as an accountant in Beverly Hills until he was drafted into the Army, where he was trained as a helicopter mechanic. After serving in the Army he left for Europe, and spent the next several years traveling.

In the late 1960's, he moved to Northern California, and met his wife Naomi. Together, they found the perfect piece of land in Occidental where David built a home and raised their son Joey. David established a plumbing business where he worked as an independent contractor until he retired to Borrego Springs in 2006.

David was an avid bird watcher. He volunteered as a guide with the Anza-Borrego State Park where he enlightened and entertained groups of Borregans and visitors for 12 years. His hobbies were varied and rich. They included photography, golf and fishing. He studied and became a certified Paleontologist and spent many days on local digs in the Anza Borrego area.

David was an accomplished artist, a painter, who enjoyed abstract art with an eye towards the mid-century style. His paintings were often displayed at the Borrego Art Institute and the House of Borrego Springs Gallery where they were sought after by locals and visitors alike. He was an avid reader who loved biography, history and tales of adventure. His charismatic personality made those who knew him love him for his intellect and humor, his insights and his curiosity.

David is survived by his son Joey and his daughter-in-law Perla, his grandsons Kaleo and Camilo, his sister Lorey, and his niece Caitlin. He will be missed by all his many friends and family.