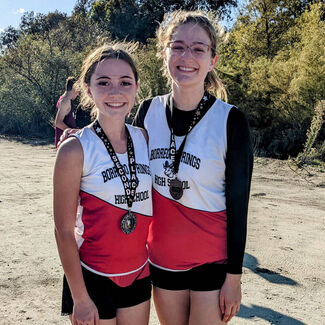 Both runners set personal bests for the 3.1 mile course.

The athletes have also participated in several Invitational Meets with distances ranging from 1.5 mile to 3.1 miles

They also competed in the CIF San Diego Section Championships on Nov. 11 and 12 at Morley Field in San Diego.