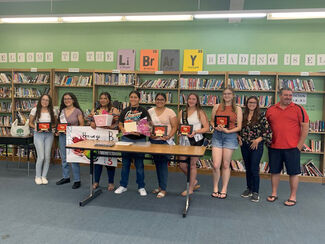 The 2022 Borrego Springs Softball team officially wrapped up their season with an awards banquet held in the library.

The following players were named as recipients of this year's awards: