On the Ballot: Randy Voepel 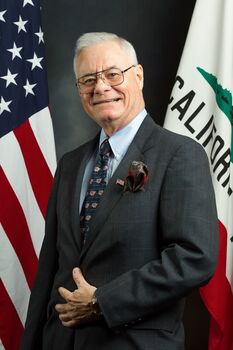 The race between Assembly Members Randy Voepel and Marie Waldron for the 75th Assembly District is important to Borrego. Since Voepel has represented Borrego in the 71st Assembly District, one might wonder why he is running against another Assembly member in another district.

The reason is redistricting, completed this year. Voepel was redistricted out of the 71st, his former district. Thus, he is running against Assemblymember Waldron in the newly redistricted 75 Assembly District. Whoever wins will represent Borrego Springs.

A word for Voepel. As the Assembly Representative for Borrego Springs, he has been reliable and responsive. He was especially helpful during the battle to keep a sexual violent predator from being paroled into De Anza Resort.

Since we don't know Marie Waldron, the Borrego Sun is endorsing Randy Voepel based on experience. Experience that shows we can count on him when we need him.