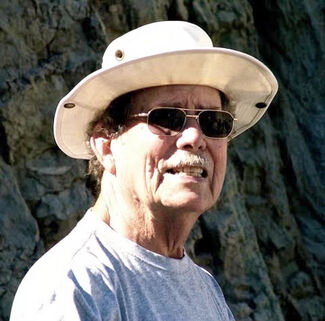 Robert E. Anderson passed away peacefully on February 7, 2022 at Fredericka Manor Care Center in Chula Vista, California at 100 years old. Robert (also known as Papa) was a respected veteran, devoted Christian, and the patriarch of his family.

Robert was born on August 23, 1921 in Dayton, Ohio to his parents Elmer Clay Anderson and Esta Glass. In 1941, Robert enlisted in the Navy. He was a Navy Pilot in World War II. After World War II, he attended Union Theological Seminary at Divinity Theology School in New York where he received a Bachelors of Divinity in 1950. In July of that same year, he was ordained as a pastor in the presbyterian church in Ohio. In 1951, he reenlisted in the Navy as a Navy Chaplain and served in Vietnam. He then earned a Masters of Divinity from Yale in 1965 and continued his education to receive a Doctor of Philosophy in Counseling. In 1976, he retired as a Captain in the United States Navy after serving 32 years. He had a decorated career, receiving medals in both World War II and Vietnam, including two bronze stars.

Robert met and fell in love with Jane Clark, who he married in Flint, Michigan on July 1, 1944. Due to the military lifestyle, they lived all over the country, but finally settled down in Borrego Springs, California in 1983 and spent 22 years there.

Robert was interested in Geology and Paleontology and volunteered at the Anza-Borrego Natural History Association. He was part of a team that discovered dinosaur bones that are now displayed at the San Diego Zoo. He volunteered his time as a member of the local church and would pastor as needed. Together, Robert and Janie had 73 wonderful years of marriage. Their legacy lives on through their family including three sons, eight grandchildren, 20 great-grandchildren, and four great-great-grandchildren.

There will be a small, private family ceremony in Borrego Springs on March 19, 2022 to honor his life.