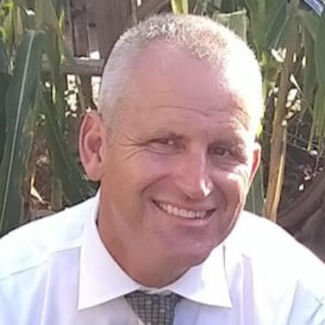 Paul Rosenboom is well on his way after only two months to becoming an effective member of the Borrego Water District's Board of Directors, providing he can get all the acronyms straight – DWR, SGMA, GSP, PSP, PRC, CIP, and dozens more requiring most folks to use flip-cards to remember them all.

Coming to Borrego in via Long Beach in late-2020, Rosenboom grew up as both an Iowa city-slicker and a Michigan farmer (specializing in "corn de-tasseling" – Google that one!). He also has a Master's Degree in engineering from the University of Maine (worked on fighter jet navigation systems); received another MBA in Public Administration from Harvard (he's now on the BWD Audit and Budget Standing Committee with mentoring input by former BWD finance wiz Lyle Brecht who, says Rosenboom, is feeling much better now); and a 2-year stint in the Peace Corps that included working on the "fortified porridge" nutrition program in Rwanda to battle stunted growth in children.

Director Rosenboom now looks to turn challenges to opportunities. "I've been in Borrego a year and a half, and I can see the scope of what needs to be done on the Board. I also have a chance to coordinate with very talented people who work hard in our small community and are involved in providing solutions to its many complex issues." He refers to his Board experience so far as "phenomenal!".

Director Rosenboom also sits on two Ad Hoc committees, Cyber Security and Operations, but his laser focus has been on the upcoming dispersal of $7.8 million in State-funded SGMA grants under Prop. 68. With Rosenboom now on the Board, it's not the least bit surprising that all three projects proposed by the BWD received the highest scores of all 10 funding requests by local organizations:

The Prop 68 funding is under final review, and details will be in the March 3 issue of the Borrego Sun.

One of Director Rosenboom's objectives is for Borregans to understand his independent voice on the Board. His two votes on the Board so far have been in step with the other Directors, but he says he will not be merely a "yes" man when the situation arises. He gave especially high marks to Board President Kathy Dice and Board Member Tammy Baker for all their input and assistance with understanding the BWD numbers challenge (read $dollars$) during his two months on the Board.

Director Rosenboom's one-year appointment will expire in November, but in the meantime his background and previous life experiences, together with current and future contributions to the Board in his fields of expertise, all could very well lead to an elected position. Provided, of course, he gets all those acronyms sorted out.