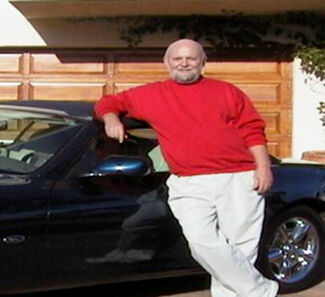 Richard E. Hasselbring passed away on Aug. 3, 2021. He was born May 6, 1942 in Danville, Illinois. The only child of Hoberd and Dorothy Hasselbring.

He grew up on a family farm near Cissna Park. He married in 1960, and went to attend the University of Illinois from 1960 to 1965, where he earned a Master's Degree in Electrical Engineering.

He has two sons from a previous marriage, Tony and Tom, both of whom reside in San Diego.

From 1965 through 1993, his career led him through a number of positions with major corporations in Florida, New York and California.

While on vacation in Long Island, New York, he met the love of his life Marie Verrelli. They married in 1993, and relocated to San Diego.

He invented a system for classifying vehicles on toll roads. The design was patented in 1996. To market the product, he then started his own company, and today it is managed by his two sons.

During his life, he has traveled to 41 foreign countries. His major interests includes music and golf.

During the 1960's, for a short time, he was part of a folk duet known as the Copperfields.

Richard is survived by his wife Marie, his two sons Tony and Tom, his two stepchildren Bill and Elisa, also by his three grandchildren Vivian, Olivia and Weston.