SVP: NOT WANTED IN BORREGO

"Not wanted in community" 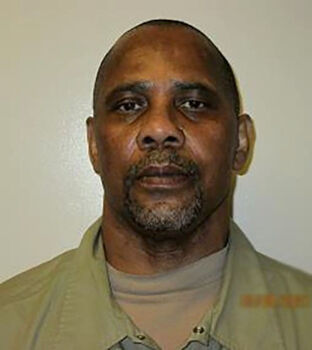 Merle Wade Wakefield, a sexually violent predator (SVP) will be moving to De Anza Country Club, unless Borregans convince Superior Court Judge David Gill that the multiple offender poses a threat to the community, living in the upscale residential community and golf club.

Not your average parolee, Wakefield was convicted of felony rape in 1990 and of a lewd and lascivious act with a child under 14 in 1981. He served time in state prison and was placed in a mental institution when he was found in 1998 to be a sexually violent predator (SVP). SVP is a designation for those convicted of sexually violent offenses and diagnosed with a mental disorder that makes them likely to re-offend. He is currently housed at Coalinga State Hospital.

And if comments exploding on social media, specifically, Borrego 92004, the Borrego Springs' Facebook page, are an indication, Borregans do not want a potentially re-offending sexual predator in the neighborhood. They are scared, angry, and ready to fight.

In fact, a town hall meeting is planned for Wednesday, August 4, 2021, 3 p.m., at the De Anza Club House, to discuss a letter writing campaign and to sign up community members to attend and speak out against Wakefield's placement in Borrego Springs at an upcoming public court hearing.

An announcement from the Borrego Chamber of Commerce is circulating, urging people to attend, and asking everyone to join in by providing comments, opposing the decision to house Wakefield, to the SAFE TASK force, no later than August 11; and to come prepared to speak at the September 13, 2021, public meeting before Judge Gill, in the Superior Courthouse, in Downtown San Diego.

Ramien Shalizi, General Manager of De Anza, is one of the people deeply worried and upset about the decision. And, he, too, is in fighting mode. He's not only worried about the effect of having a violent sexual predator living on the golf course will have on members and homeowners, he's concerned that even simple daily encounters with Wakefield by people walking dogs, or playing with their children could create an unpleasant or explosive situation.

Some worry that the placement may increase the stressors on Wakefield, by putting him in an environment where challenges to sexual temptations will be inevitable, as will the grave potential for public harm. Unlike a typical residential or rural neighborhood, the design and goal of the De Anza Country Club is to encourage social and recreational exchanges and participation.

It's an intimate environment where social sharing and outdoor recreation is tradition. De Anza is very different from typical residential neighborhoods. They are not organized around a club atmosphere and membership. The most sharing that goes on in an average neighborhood are taxes and property lines, unlike De Anza's community infrastructure, created for personal entertainment and play.

As one person pointed out, "There's no way that Wakefield can blend anonymously into the background or avoid becoming a topic of curiosity, concern and even animosity."

Shalizi thinks the answer is definitely no.

"There is great concern for the entire community of Borrego Springs. The placement of any offender, especially violent offenders, jeopardizes the safety of women and children all over Borrego Springs," Shalizi said in a written statement.

"At de Anza the golf course is also used for non-golf recreational activities; families and their children and grandchildren are always present even during the summer months this includes tourists that visit this historic club."

"It's our understanding that Liberty Healthcare/Conrep will have a live-in supervisor for the first few months to watch over this offender and after that he will live alone and receive a weekly visitation, it's simply a recipe for disaster.

"This is an individual with severe mental issues and Borrego Springs is not equipped with the services to assist in this individual's rehabilitation journey. We pray that our village does not fall victim to an avoidable tragedy," the statement concluded.

Borrego was not the court's first choice. A multi-bedroom home in the upscale Mount Helix, La Mesa zip code was the first recommended placement for Wakefield. After a highly organized community push back from homeowners and local politicians, a judge agreed that the neighborhood was not appropriate – "was too dense, with too many children and a childcare center nearby."

One community's good fortune, when it comes to excluding sexual offenders, usually means another community will be forced to live with the problem. Not welcomed by the residents, the bane of the courts, and at great expense to taxpayers, finding neighborhoods to house SVP's on conditional parole is a collective headache that is increasing in San Diego County.

According to Kids Live Safe (Kidslivesafe.com) and Truthfinder, sites dedicated to researching where sexual predators are housed, and tips for protecting neighborhoods, there are currently eight sexual offenders in the Borrego Springs' zip code-92004. Wakefield will be number nine.

The three-bedroom, $400,000 plus, 2,000-square-foot home to house Wakefield in Borrego Springs, is located at 1575 Yaqui Road. A statement from the Borrego Chamber of Commerce, reported that "The home in De Anza is owned by Chaplin Charles Talcott, who is employed by Core Civic, an Otay Mesa detention center.

"He is renting his home to Liberty Healthcare/CONREP that receives $344,000.00 annually, per violent offender and pays landlords higher than market rental rates in exchange for placement of their violent sexual predators."

Fortunately, there is a process for community residents to protest, and occasionally, win. However, just the idea that residents don't want an SVP in the neighborhood won't do. Arguments that follow the legal criteria for rejecting a placement are needed, as no community welcomes sexual offenders on general principles.

"Here we go again," said Linda Haddock, former executive director of the Borrego Springs Chamber of Commerce, who organized the last community opposition to housing a paroled offender in 2013.

"We lost that one, and I'm not sure we can win this one. It's going to be an uphill battle."

"I fear that this will change the De Anza Community forever. People are used to keeping their doors unlocked and windows opens without worry. With Wakefield in the community, this will all change."

Sarah Rogers, on behalf of the Borrego Chamber of Commerce, in an email to local residents, suggested that, "Borrego Springs and other 'rural areas' already house a reasonable number of sexual offenders based on their populations. The State and the County should not view any rural area as a dumping ground due to the fewer voices that will make legitimate complaints."

When the community became aware of Wakefield's move to De Anza, Borrego's social media sites lit up like Christmas Circle on steroids. One Facebook responder opined that he couldn't afford a home in Borrego.

"How come my taxes are paying for this guy to stay at a country club?" she wondered.

Others on Facebook, felt the owner of the home was partially to blame for Borrego's problem, and should be pressured to withdraw the offer to rent. Concerns about the parklike atmosphere and use of De Anza for public play areas, with a sexual predator living on the grounds, is a common theme.

Wakefield's parole is conditional, and a private corporation, Liberty Healthcare, will be responsible for overseeing the court-ordered terms of his parole and mental health treatments. Liberty Health/CONREP, California's Department of State Hospital's (DSH) Conditional Release Program is a statewide system of community-based services that treats patients who have been found: Not Guilty by Reason of Insanity, Incompetent to Stand Trial, Mentally Disordered Offenders, and some parolees who have been released to outpatient status.

CONREP has been providing outpatient services on behalf of DHS since 2003, and its responsibilities include: finding housing, monitoring, surveillance, and on-going mental health treatment for a sexual offender parole population that is often the nightmare of local neighborhoods, and residential challenge for the courts. Most patients in the CONREP program have gotten there after a lengthy stay in a state hospital. Once psychiatric symptoms have been stabilized and the patients are considered no longer to be a danger, the state hospital medical director recommends eligible inpatients to the courts for outpatient treatment under CONREP. Individuals must agree to follow a treatment plan designed by the outpatient supervisor and approved by the committing court. The court-approved treatment plan includes provisions for involuntary outpatient services. In order to protect the public, individuals who do not comply with treatment may be returned to a state hospital.

In an article published in the San Diego Union-Tribune, in 2014, the only resource reporting the cost of keeping sexual predators on parole, and, which does not reflect the obvious rise in costs between 2014 and 2021, reported that: "keeping watch on a sex predator, named Allen Fields, cost $226,490 a year." Today, it's approximately $344,000.

The article stated that a key factor in the cost is finding a home for the parolee, which, in the case of Fields, in 2014, was a search of 325 homes.

Then there's the job of keeping watch on Fields, which is not done by the state, but Liberty Healthcare that has supervision throughout California.

"Over that time (2003 – 2014) the state has paid the company $29.1 million. And that has been to supervise a total of 29 offenders over that time who have been cleared for release from a state hospital to live in communities – or $1 million each. Liberty will get $2.8 million under the contract (in 2014), most of that to monitor the progress of a dozen predators who are currently released and on supervision – the final phase of a therapy program sexual predators go through under law.

"The contract with DHS was amended this year (2014). The new deal extended the contract for 18 months, through June 2015 for $4.2 million. That's far more than the costs of housing an inmate in state prison, which is now about $60,000 per year. And it's more than the $200,000 cost per year of keeping men like Fields where he previously stayed – a special state hospital in Coalinga that was built at a cost of $400 million to treat sexually violent predators after their prison sentence is completed."

Regardless of the outcome, Rogers, the Borrego Springs Chamber of Commerce, and Shalizi, representing De Anza, along with an increasing number of residents and town leaders, are counting on Borregans to make a united stand, and just, say NO.

And so, it begins, again.

Roger's concluded her email, stating that "time is of the essence with the hearing set for September 13, 2021," along with the urgent reminder that letters to Judge Gill, and the SAFE Task Force are needed now and will only be accepted through August 11, 2021.

"There is much work to be done, and a few critical weeks for the Borrego Valley community. After the comment period closes, we must still continue a strong push back with the courts, the state and our elected officials."