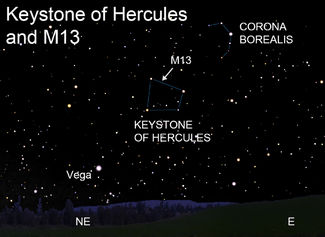 H. A. Rey created an entirely new set of constellation figures in 1952.

No matter how long I study the sky, there will always be star groupings I just can't "see." Certainly, the ancients didn't make it easy for us; they never actually devised the constellations to look like animals, objects and people but rather to simply represent them in the heavens.

That's why I'm indebted to author H. A. Rey who, in 1952, created an entirely new set of constellation figures based on those of the ancients for those of us who are otherwise pattern-challenged.

Somehow – and I have no idea how he did it – Rey was able to find stars within each constellation that are bright enough to see in rural and suburban areas and connected them to form figures that (with some imagination) seem to resemble their constellations' namesakes.

For nearly seven decades, skywatchers have learned the constellations in this unique way, and today, whether they know it or not, many amateur astronomers see the heavens through the eye of this creative genius. His classic book "The Stars: A New Way to See Them" should be required reading for every stargazer on the planet.

While Rey's figures are quite easy to recognize in the book, that doesn't mean we'll find them easily in the night sky. It still requires patience and practice to spot them, and occasionally some constellations still don't click with us.

For example, one of the star groupings that has always given me trouble is Hercules. Hercules is the fifth largest constellation in the heavens, but since it doesn't contain any particularly brilliant stars, it's not terribly prominent.

Thankfully, it does have four stars that trace a distorted square, or "keystone," and this is what I always use to locate it. (And, being from the Keystone State of Pennsylvania, you can imagine I'm rather fond of that shape).

During evening hours of late May and early June, find the keystone midway up in the eastern sky, to the upper right of the bright star Vega.

Hercules – or Heracles, as the ancient Greeks knew him – represents the immortal strong man who performed eight heroic deeds as well as the 12 Labors of ancient Greek mythology.

In Rey's depiction, the stellar keystone outlines the head of the strong man. The remaining stars in the constellation trace his body, but finding his appendages can be challenging for even the most imaginative of stargazers.

If you find it, and want another challenge, see if you can spot M13, aka the Great Globular Cluster in Hercules.

M13 appears to very good eyes on a clear dark night as a faint smudge of light on the western side of the keystone. If you don't see it, try looking slightly off to the side of it for a better view.

Binoculars show it easily, and even a small telescope will reveal its true nature: a globe of some 300,000 stars that lies some 21,000 light years from us – nearly a quarter of the way across our Milky Way Galaxy.

If you've never been able to identify the constellations, maybe now's the time to pick up a copy of Rey's wonderful book and view them in a whole new way.