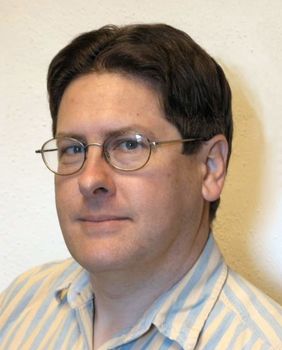 "Local historian" is how Phillip K. "Phil" Brigandi described himself. He was a "local historian" for much of Southern California including the Anza-Borrego area, Hemet, and Orange County. He passed away in his hometown of Orange on December 12 at the age of 60.

He suffered a massive heart attack on Sunday December 8, while walking across a street on his way to a Christmas tree lighting ceremony in downtown Orange. A passerby found him, administered CPR, and called an ambulance. He was in a coma for four days before he passed. His death has come as a shock to all those who knew him. He was a beloved historian, an author of some 30 books and numerous articles on Southern California history, a former Orange County Archivist, and a life-long Boy Scout.

Phil was born on June 29, 1959, in Orange, California, and began his life-long interest in history in the fourth grade when he was introduced to the state's history. In high school he was asked to work on the school's history. As he interviewed "old-timers" who had attended the school, he was encouraged to join the local historical society and became a member of the board of directors when he was 18 years old. Phil graduated from California State University, Fullerton, and authored his first book at age 23: The History of Lost Valley and the Surrounding Area (1978). He wrote for the local paper, developed the historical society's archives, and researched topics that interested him.

Then he got a call from Hemet offering him the position of historian and museum curator for the Ramona Pageant, which kept him occupied for 13 years. Another call brought him home to Orange County where he became the County Archivist, serving for five years. Phil described his work over the years on his website thus: "I've been a historical society volunteer, a museum curator, an archivist, a teacher, a public speaker, a historical consultant, a newspaper columnist, and an author. But I always like to say I'm just a local historian."

As a local historian, Phil said that he came "from that older tradition of historians who put an emphasis on gathering up the facts and stress the narrative and chronological account over theory and analysis." He said that his "emphasis has always been on telling the story."

Phil was involved with the Boy Scouts since childhood and attended Orange County Council's flagship summer camp at Lost Valley in the mountains north of Warner Hot Springs in the northeast corner of San Diego County. He later joined the camp staff as a counselor and in later years he would return to clear trails and to help train staff. Through Scouting he learned to love hiking, backpacking, and camping. He was scheduled to receive the highest honor awarded to volunteers in Scouting (the Silver Beaver) at the annual Orange County Council of Boy Scouts gala on January 25, 2020. He will be awarded posthumously.

He first became involved with Anza-Borrego's history while researching the history of Lost Valley. Former Anza-Borrego Desert State Park Superintendent Mark Jorgensen recalls first meeting Phil in the early 1970s when he was a Scout and leader at the Lost Valley Camp. Mark said that they met many times over the last 40 years. "I often called him for counsel and advice on issues of history to get the facts straight. He was always so welcoming and helpful," Mark added.

Phil Brigandi is survived by his two brothers, Christopher Brigandi of Newport Beach and Steven Brigandi of Del Mar. Phil was the oldest of the three brothers and never married.

In lieu of flowers, the family suggests sending a donation in honor of Phil Brigandi to the Orange County Council Boy Scouts at 1211 E. Dyer Road, Santa Ana, California 92705.

As a fellow regional historian, I have always appreciated Phil's meticulous attention to details. He kindly sent me updates for the second edition of Anza-Borrego A to Z: People, Places, and Things, which is in the works. I am proud that Sunbelt Publications published Phil's Orange County Place Names A to Z (2006). His passing certainly leaves a void in many hearts.

Full article in the Dec. 26 issue of the Borrego Sun.