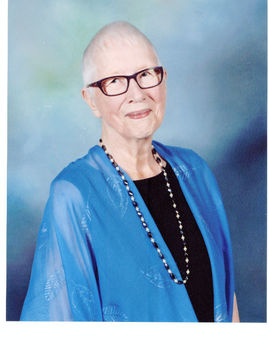 Carol A. Will, 81, of the Western Home in Cedar Falls, formerly of Borrego Springs, passed away from cancer on Thursday, August 8, 2019. She went peacefully, surrounded by the gratitude and love of her family.

She was born in Minneapolis, Minnesota on May 30, 1938 to Paul Mark and Dorothy Patterson. She and her family moved from Minneapolis to Duluth, Minnesota, Atlanta, Georgia., Cleveland, Ohio, and finally St. Louis, Missouri.

While in nursing school, Carol married Earl Will in St. Louis. Together, they raised four biological children and they cared for more than forty foster children in their home, first in Ft. Madison, then in Keokuk, Iowa.

After retirement, they lived for 10 years in Borrego Springs, California before moving to Cedar Falls. A devoted wife, Carol took loving care of Earl until he finished his battle with Parkinson's last September.

Carol and Earl considered their years in Borrego springs their best. They loved the desert, the weather, and all of the interesting people at the Methodist Church, the RoadRunner Club, the Chamber of Commerce, the Medical Clinic and the Anza Borrego Center.

Carol earned her ADN, RN, BSN, and later her Master of Arts in Gerontologic Nursing from Western Illinois University.

She worked as a nurse for hospitals in Ft. Madison and Keokuk, Iowa. She was a private care manager for patients in the Keokuk area and she was a presenter for continuing education programs for nurses all over the Midwest.

Carol co-authored two books on senior activities. She and Earl were very active over the years in churches and were enthusiastic fans of symphonies wherever they lived. Carol was well-known for her adventurous spirit, her strength, and her graceful practicality under any of life's adversities.

Carol is preceded in death by her husband and a daughter-in-law, Donna.

Parrott and Wood in Waterloo was in charge of cremation. A memorial gathering was held Saturday August 10 in Cedar Falls. Memorial contributions may be made to the Waterloo Cedar Falls Symphony. Carol was one of their biggest champions.