My Journey into the Anza-Borrego Desert 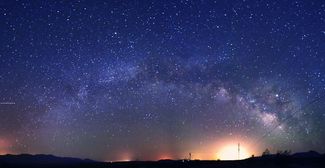 Desert flowers were illuminated in the afternoon sun as my Jeep Wrangler descended the mountain slopes. A surreal window opened in front of me with a view of the Anza-Borrego desert valley. Far into the horizon I saw the shimmering Salton Sea. My excitement grew as I descended further. I was looking forward to this solo desert adventure. So much to see and learn in so little time!

A park ranger at the Anza-Borrego Desert State Park Visitors Center cautioned me that I might not have enough time left in the day to make a trip to the Pumpkin Patch and suggested that I should visit Fonts Point instead and call it a day. She said that the sun would get behind the mountains in no time and then it would be hard for me to find my way back from the middle of the desert.

After traveling on the loose sands for a few miles, I turned left on the East Bank Wash. After a mile or so, I took a right on the Pumpkin Patch Trail. This trail was the most treacherous. In addition, this was my first time four-wheeling in a desert, and with cell phone signals long lost, I could feel the adrenaline rush. There were times when the jeep leaned sideways, almost ready to tumble, and then there were times when all I could see was the hood of the jeep and nothing else, making it difficult to see, a steep slope or a turn ahead. After a couple of miles of relentless jolts, I spotted some spherical rocks. I was so excited, but that was not it. False alarm!

A wild desert hare that was watching me gyrating in the mounds sprinted ahead as my jeep made a loud cranking noise. A chopper whirred in the sky, surfacing memories of Hollywood dramas and SOS signs. After a few more turbulences, I saw a fence encompassing a carefully preserved field of rocks that resembled harvest-ready pumpkins battered with red dust. The evening sunlight made the rocks look vibrant, and the oval-

shaped shadows of the rocks added an excellent contrast. I barely parked the jeep and ran toward the rock formations.

My camera fluttered with thirst capturing photos from several perspectives, sometimes hiding the fence to get a natural view, sometimes getting a view of the field with the backdrop of a mound. I wondered how a small shell or a dead bug could stick to a few sand crystals, roll in the wind picking up more sand crystals, and eventually snowball into such round rocks. I wondered how many years in making these rocks might have been.

After several minutes of clicking, I realized the sun was moving closer to the mountains. I jumped back into the jeep and zoomed past the fence, on my way to another wild ride. By the time I hit the Shell Reef Expressway, the sun had already set. Far to the west I saw a purple cloud resembling a phoenix rising from the red western skies. A couple more hares swooshed behind me, disrupting the delicate wave formations in the sands. My jeep rode into the twilight.

After a few minutes of meditation, I resumed shooting amazing views of the Milky Way, packed up my gear and headed back to the resort. As my thoughts swirled, I wondered what would happen if all the scientific discoveries about the celestial objects were incorrect.

My eagerness grew, and I picked up my pace. As I ascended the hill, I saw nothing but sky. A few more steps and there it was! A steep canyon into the badlands. This surreal landscape of creases and wrinkles was a playground for the morning sunlight.

Full article in the July 25 issue of the Borrego Sun.