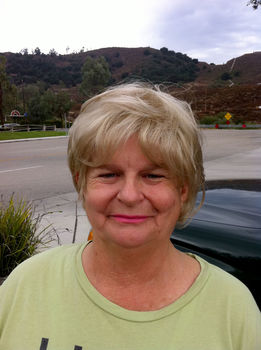 Pamela Margaret Brown, 73, of Sun City, California passed away on April 6, 2019 in a motor vehicle accident.

She was born July 15, 1945 in Fontana, California to Mary Louise Spezza (Lally) and Edmond Spezza.

She worked for the State of California in many capacities for over 25 years. Her first permanent assignment was with the California State Park System at Anza-Borrego Desert State Park & Ocotillo Wells State Vehicular Recreation Area in the early 1980s.

Throughout her life she was passionate about the environment and animal wellness. She is remembered for rescuing many abandoned pets and injured wild animals, including numerous birds, coyote, squirrels, reptiles and even a skunk. Animals and nature always had a special place in her heart.

Pam was also very interested in politics and the advancement of women's rights. Later in life, she became politically active, supporting causes she believed in and worked as a campaign volunteer for Ralph Nader. She loved her country and was passionate about the promise of America.

She was also an avid fan of science fiction and film. Pam was a big fan of Star Wars and Indiana Jones. One of her favorite TV shows was The Walking Dead. She regularly attended Comic and Sci-Fi conventions with her grandchildren. She also cherished movie and dinner dates with her grandkids, they were the joy of her life.

Pamela Brown is survived by her son, Jon Lieberg and his wife Gabrielle, son Tom Lieberg, daughter Wendy Lieberg and her loving grandchildren, Clayton Korando, Scott Bullard, Clarice Lieberg and Nate Lieberg. She is also survived by her sister Roianne Hartzog, and brother Edmond Spezza. In addition, she had a number of very special lifelong friends whom she loved and was very close to, including Charlotte Chavez, The Lerma and Nilsson families.

We love and miss you. You are in our hearts.