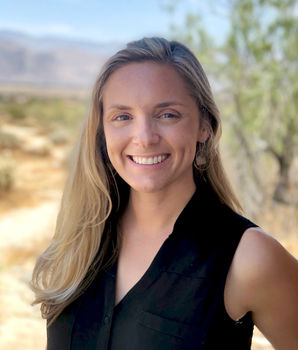 Fordem brings over a dozen years of relevant environmental experience to her new leadership role. She successfully served as the organization's Interim Executive Director for the past 10 months.

Fordem obtained a master's degree in Organization and Environmental Sustainability (Green MBA) from Antioch University in 2010. She earned her undergraduate degree in International Studies from the University of California, San Diego in 2006.

Fordem will oversee a staff of seven and numerous volunteers, who together work to serve as the 'park partner' to Anza-Borrego Desert State Park. The ABF mission includes acquisition of private lands (inholdings) from willing sellers within the thousand square-mile state park and transferring those lands to the state park for permanent preservation.

Since its creation in 1967, Anza-Borrego Foundation has acquired more than 55,000 acres of land for the Park. Other programs include overseeing youth and community education programs, support of desert research, donor development, and managing interpretive sales at the Anza-Borrego Desert State Park Visitor Center and the State Park Store in Borrego Springs.

Troy stated, "In her time here at ABF, Bri Fordem has demonstrated a deep commitment to desert preservation, education and research. The Board of Trustees feels fortunate to have someone with her vision, enthusiasm and creativity at the helm of the organization."

Fordem added, "I am honored to have the opportunity to lead an organization with such a long and successful track record in making a significant impact on the California landscape. Along with our dedicated staff and board, I am eager to advance ABF's status as a leader in public lands conservation".

Fordem, a Borrego Springs resident, was previously Donor Relations Manager at ABF, joining the staff in 2014.