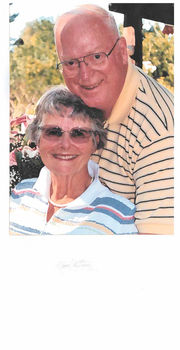 Ray is survived by his wife Pauline, step-daughter Paula Wonderley, sister Thelma Romage and husband Herb, and his brother Richard Wickel and his wife Linda.

As a youth, was an Eagle Scout. He served in the U.S. Army in Special Forces as an Army Green Beret "A" team assigned to Laos. Ray made 34 jumps into hostile territory and achieved the rank of E-5 before being honorably discharged on Dec. 31, 1965.

He was first employed as an office manager with Household Finance in Missoula, Montana and was transferred to Eureka, and retired after serving 30 years with Household. This allowed Ray and Polly to have a second home situated on a golf course in Borrego Springs.

Ray spent over 47 years teaching adults and youth to fly. He was an original member of AV8Cando Inc., a 501(c)(3) organization. AV8Cando Inc. had aviation, community and education or "ACE" as the main emphasis.

Aviation education was Ray's contribution to the programs along with flight preparations, classes for all aspects of flying and an annual three leg summer flight from Fortuna to Garberville, Hayfork and return to Fortuna with the Falcons doing pre-flight flying and navigation duties.

Many of the Falcons went into aviation careers. Ray taught aviation courses at the College of the Redwoods. He also initiated aviation courses in Borrego Springs specifically tailored to appeal and teach his love of flying to youth.

Ray never shirked away from things considered hard or complex. He always pushed to do meaningful things for others and had a caring and kind attitude.

A "Celebration of Life" will take place at the Baywood Country Club, 3600 Buttermilk Lane, Arcata, California on June 11 from 1 p.m. to 3 p.m.