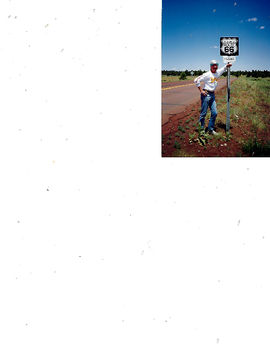 John Terence O'Brien (known as Terry to his friends) was born in 1943 in Indiana.

During his early years, the men of his family were off at war, so Terry was raised by a coterie of strong and adoring women (a theme that would continue throughout his life).

At 24, Terry married Rosary Nix, an actress from New Orleans, and had two children, Rachelle and Barret.

His greatest joys and achievements, he would often say.

Terry and Rosary split in 1974, and Terry soon thereafter met Adela Ann, a primary school teacher and the love that would be his companion for the next 30 years.

After decades of teaching at schools in New Jersey, Texas, and California, Terry and Adela moved to Borrego Springs to enjoy their twilight years in the town they'd come to adore.

Adela passed in their home in 2011, and Terry spent the final years of his life doing what he loved best: taking quiet early morning walks, puffing his pipe, and reading and rereading his favorite authors such as Carlos Castaneda and Omar Khayyam.

In his datebook, written in the inside cover, Terry left behind a quote by the latter.

It reads: "The moving finger writes; and, having writ, moves on: nor all thy piety nor wit shall lure it back to cancel half a line, nor all thy tears wash out a word of it."

Terry passed peacefully in his sleep, a grin on his face the EMTs couldn't medically explain.