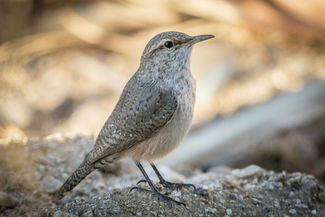 A group of 80 bird lovers gathered in Borrego Springs Dec. 16, to participate in a nationwide event that began 119 years ago.

This citizen science project is known as the annual National Audubon Christmas Bird Count and involves a census of wild birds at thousands of locations in North America.

The event began with 27 birders on Christmas Day 1900 and now involves over 80,000 counters at 2,500 North American locations from Mid-December through early January.

Each of the counts take places within a circle measuring 15 miles in diameter. The Borrego Circle is centered on De Anza Country Club. Other nearby counts are conducted in circles around Salton Sea, Lake Henshaw, Escondido, Rancho Santa Fe, Oceanside, and San Diego.

Some volunteers began their day as early as 3 a.m. with trips to areas where owls could likely be found.

Others fanned out starting at dawn to locations all over Borrego Valley, including residential areas, mountains, Borrego Sink, and nearby canyons. Some areas were quite remote, requiring four-wheel drive for access, and counters even hiked several miles into Palm Canyon to record birds sighted there.

In the afternoon, teams began straggling into the UCI Desert Research Center where volunteers Marie Holly, Holly Barnes and Virginia Perrine provided a hearty chili lunch while census numbers were tabulated, and the day's adventures were shared.

This year's count matched last year with a total of 117 species identified during the day, despite eight fewer participants.

Audubon and other organizations use data collected in this important wildlife census to assess the health of bird populations, migratory trends, habitat conditions and other factors impacting wild bird populations. This information can also help guide conservation efforts.

The Borrego CBC is made possible through the sponsorship of Anza-Borrego Desert State Park, Anza-Borrego Foundation, and UC Irvine.