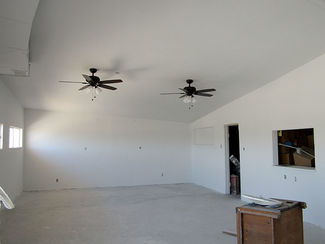 As many of you recall, the Chamber of Commerce building closed for repair and renovation on Aug. 23, 2016 after a flood caused by the water departments main water line broke. Repairs were finishes before the first of January, on Jan. 9, 2018 regularly scheduled Chamber of Commerce meetings held in the chamber building were able to resume.

From Sept. 2016 through May 2017 and again from Sept. through Dec. 2017, regularly scheduled board meetings were held at the POA building.

With the Chamber building ready to be occupied in Jan. 2018, Chamber of Commerce board members welcomed three other community boards to hold their meetings in the newly renovated building – The West Shores Advisory Board to Imperial County Supervisors, The Salton Sea Artists Association, and the Alcoholics Anonymous.

The West Shores Advisory Board to Imperial County Supervisors meets every first Monday of each month at 6 p.m. throughout the year. Board Members are sworn into office by Imperial County's 4th. District Supervisor Ryan Kelley and they are: Director Steve Clifford, Vice Chairman Bob Fricke, Advisor Lelean Crafton, Advisor Carlene Ness, and Advisor Celeste Misch.

The Salton Sea Artists Association meetings are every second Tuesday of each month at 10 a.m. except for the months of June, July, and August. The Artists Associations first meeting of the season is Sept. 11 at 10 a.m. At least once a year, our artists take on a community project, last year they restored the "Welcome to Salton Sea Beach" sign. New Members are always welcomed. Call Dee at 541-999-0999 to join and/or volunteer on community projects.

Alcoholics Anonymous meetings are every Thursday at 7 p.m. throughout the year.