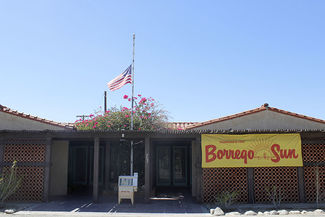 After his initial rejection of a request to lower the White House flag to half-staff, President Donald Trump reversed the decision and has ordered that all flags be lowered to half-staff in honor of the victims killed in the Capital Gazette shooting in Annapolis, Maryland last week.

The proclamation was issued Tuesday morning, ordering that flags at the White House, public buildings and military posts be lowered until sunset Tuesday.

Authorities say suspect Jarrod Ramos, had a long-held grudge against the newspaper, dating back to a story the paper published about Ramos' criminal harassment of the woman, known as Lori. On Thursday, he opened fire at the paper in Annapolis, Maryland, police say, killing four journalists and a staffer at the newspaper.

Ramos is being held without bond, charged with five counts of first-degree murder in the deadly rampage at the Capital Gazette.