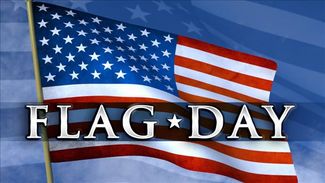 The “Stars and Stripes” was authorized by Congress on June 14, 1777, according to the National Flag Day Foundation.

President Woodrow Wilson issued the Flag Day proclamation on May 30, 1916.