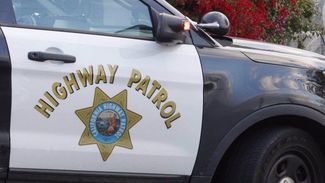 A 29-year-old woman suffered minor injuries, after she escaped an attempted kidnapping in Warner Springs.

The victim was out checking her mail just before 7:30 a.m. Wednesday in the 29000 block of state Route 79, when a man attacked her and attempted to shove her in his truck.

The woman escaped and got back into her car, and the man followed her from the scene for some distance before breaking off, headed westbound on State Route 76 toward Valley Center.

She described him as a white man, roughly 5'9", 180-pounds in his 30s/40s with dark-colored eyes, strong body odor and rotting, missing teeth. He wore a grey shirt, black jacket, dark pants, black shoes and black beanie. The truck is a late model 90s pickup, possibly a Ford Ranger.

Anyone with information about the attempted abduction was asked to call Deputy Alvin Vasquez from the Warner Springs-Ranchita substation at (760) 782-3353, San Diego County Crime Stoppers at (888) 580-8477 or contact the agency online at sdcrimestoppers.org.