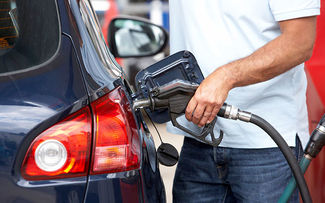 California drivers, who already pay for the highest gas prices in the nation, will be paying more at the pump, as the new state gas tax hike is now effect as of Nov. 1.

With the tax hike, California drivers are projected to spend about $300 more a year due to the tax increase. Californians can expect to pay about $10 per month with the increased taxes and vehicle fees, Brown said, citing an analysis by the state Department of Transportation.

People may not see a bump right away because the tax hike goes into effect the same day gas stations begin selling cheaper "winter-blend" gas.

The bill also means the cost of vehicle registration fees will rise starting January 1, 2018. The increases will depend on the worth of the vehicle, but Californians are looking to see fees rise between $25 and $175. Electric vehicles will see a $100 registration fee in 2020 for vehicles made in that year, according to SB1.

The tax increase has triggered proposed ballot initiatives to repeal the hikes from members of the GOP who hope to capitalize on the issue in the 2018 elections. A recall campaign and attack ads have been launched against legislators who voted for the higher levies. And multiple court battles over the efforts to oppose the gas tax have begun, so the increase may not stay.