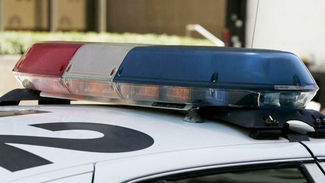 An 80-year-old woman shot herself in the leg, after she fired gun at another resident, Tuesday Sept. 5 at a Warner Springs mobile home park.

Sheriff's deputies responded to a shooting at the Stone Ridge mobile home park on Route 79 shortly before 8:00 a.m.

Multiple shots were heard, according to witnesses.

The woman attempted to shoot a man inside the park, none of which hit him, then accidentally shot herself in the leg, sheriff's Lt. Matthew Glisson said.

Residents at the park managed to hold the woman down until deputies arrived, Glisson said. They told deputies she was cursing and yelling she was going to get the guy she had been shooting at.

The woman was taken by paramedics to a hospital and likely will be arrested after she is treated.

It was not clear what prompted the shooting.