The End is Nigh? 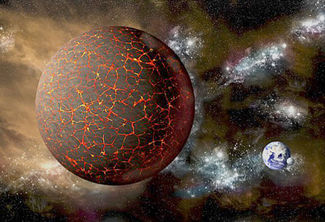 With a total eclipse sweeping the country at the end of August, a conspiracy theorist claims it is a signal that Earth is coming to an end.

David Meade, a Christian numerologist and author of the conspiracy book, 'Planet X - The 2017 Arrival,' claims Planet X, also known as Nibiru, is headed toward Sept. 23.

He predicted the end of the world many times since 2003.

Earlier this year, Meade claimed Nibiru would collide with Earth in October, after being driven by the gravitational pull from a binary star twinned with the sun. Now he claims the eclipse is the signal, moving the date up. He uses several Bible passages to back up his claim and many people believe his story, despite the lack of evidence. NASA says it is just an internet hoax.