Pedestrian Killed by Hit and Run 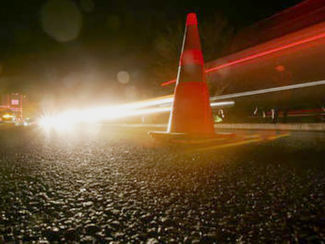 CHP closed the right lane of the Highway 86 Expressway after a pedestrian was hit twice by separate vehicles.

Brandon Cooper, 30, from Thousand Palms, was walking northbound on the Highway 86 Expressway, when he was hit by a car coming south of 84th Avenue. The driver fled the scene.

At approximately 11:15 p.m., Cooper was struck once more by a vehicle driven by a 38-year-old woman from Cathedral City, who was heading north.

Cooper was pronounced dead at 11:29 p.m. Officers are investigating the time between each crash and say it is possible each crash occurred moments within each other. The road remained closed until 4 a.m. Monday, August 7. The California Highway Patrol believes alcohol or drugs may have been a factor.