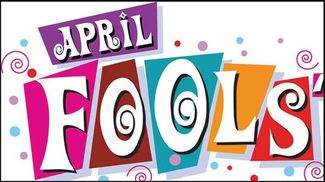 There is surprisingly little known about this holidays beginnings yet it is celebrated across the world.

The earliest concrete records are from France and Holland in the 1500s and, because of this, people believe that it must have been a northern European tradition.

It is actually known as April Fish Day in some areas of Europe.

People think this is because there are a lot of fish in French streams and rivers around 1st April, and they are easy to catch - foolish fish! So it soon became a tradition to play tricks on people on April 1st too.

If you're feeling in the mood to join in the tomfoolery, Peg Leg Liars Competition is being held tonight.