The Skies are Alive 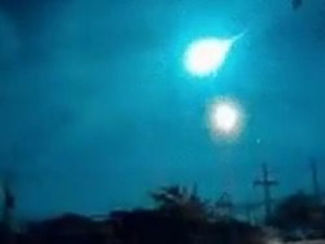 A bright fireball shot across the southwestern sky Monday (April. 11) night seen from San Diego to Santa Barbara and all the way to New Mexico.

Hundreds of people reported seeing a spectacular display as a bright green light tore through the evening sky. Social media speculated that it could be a plane crash or missile.

What has now been reported as a meteor, was first spotted just before 9 p.m. before disappearing a few seconds later. Its trajectory went from east to west before heading over the Pacific Ocean. According to an official with the Griffith Observatory, the fireball may have been no bigger than a tennis ball that exploded when it reached the Earth's atmosphere, according to NBC4.