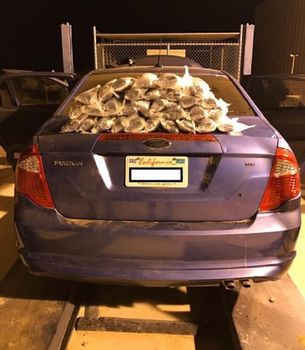 The incident occurred at approximately 3:40 a.m., after a 19-year-old man approached the checkpoint in a blue 2010 Ford Fusion.

At secondary inspection, a canine team alerted to the undercarriage of the vehicle. Agents investigated further and discovered 30 packages concealed in the Ford's gas tank. The packages were examined and tested positive for the characteristics of methamphetamine.

The man, a United States citizen, the vehicle, and the narcotics were turned over to the Drug Enforcement Administration for further investigation.