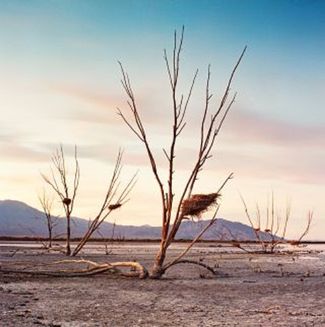 Audubon California today announced the hiring of Frank Ruiz as Salton Sea Program Director. Ruiz, who hails from nearby Coachella, will be tasked with leading Audubon California's multi-faceted campaign to safeguard habitat for birds at the Salton Sea and address the potential public health disaster as the lake recedes.

"The community around the Salton Sea is my home and I am committed to helping guide it to a healthy future," said Ruiz. "Birds and nature are part of what makes the Salton Sea special."

Audubon California and its partners recently released a report identifying the need for 58,000 acres at the Salton Sea that provided essential habitat for birds. This report will serve as a roadmap for policymakers developing a plan for managing the lake in the coming years. The state is expected to release its draft management plan for the Salton Sea in the coming weeks.

Brigid McCormack, Audubon California Executive Director, "Now is the best opportunity we've had in years to make a real difference for the more than 650,000 people who live around the Salton Sea, as well as the birds and other wildlife that depend on this place for their survival. Audubon is committed to helping make progress, and we look forward to continuing to work with the state, the federal government, the local community members and groups and other stakeholders on this vital issue."