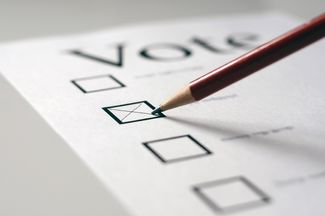 It's time to cast your vote on what is one of the most contentious Presidential elections in American history.

For Borregans the place to vote is at the United Methodist Church on 633 Church Lane which will be open 7:00a.m. to 8:00p.m. The ballot boxes are already busy, but remember, if you are in line by 8:00p.m. they have to stay open to let you cast your vote.

The election process began in Guam. Yes, that small U.S. Territory where votes don't really count because they have no Electoral College representation. Still, more than 32,000 Guamanians cast ballots in Election 2016, with Hillary Clinton receiving 72% of the vote as opposed to 24% for Donald Trump. Guamanians have voted for the eventual winner in all presidential elections since 1980.