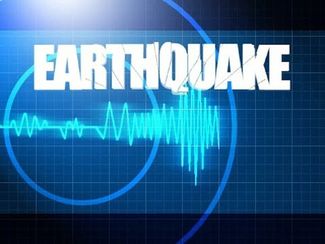 The California Office of Emergency Services (OES) has issued an earthquake advisory warning residents and officials in Ventura, San Diego, San Bernardino, Riverside, Orange, Los Angeles, Kern and Imperial counties, stating that there is a greater possibility of a major earthquake hitting southern California, through Oct. 4.

More than 140 seismic events have been recorded near Bombay Beach beginning Monday ranging from magnitude 1.4 to 4.3, according to U.S. Geological Services (USGS) seismologists.

"California is earthquake country. We must always be prepared and not let our guard down," said OES Director Mark Ghilarducci. "The threat of an earthquake on the San Andreas Fault hasn't gone away, so this is another important opportunity for us to revisit our emergency plans and learn what steps you need to take if a significant earthquake hits."

The swarm occurred in the Brawley seismic zone, which is located near a fault network that connects the southernmost end of the San Andreas fault with the Imperial fault. Some of the cross-faults are positioned to potentially add stress to the San Andreas fault and the San Jacinto fault system when they rupture, according to scientists. 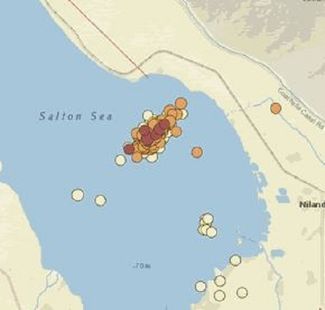 In a tweet posted on Friday, seismologist Dr. Lucy Jones said the swarm "is over & increased risk mostly gone". However, the USGS, preliminary data indicated a roughly one percent chance of a magnitude 7 or greater earthquake being triggered on the Southern San Andreas fault within the next seven days "with the likelihood decreasing over time." The California Earthquake Prediction Evaluation Council, is a committee of earthquake experts that reviews potentially credible earthquake forecasts and advises the Director using their best judgement.

The council, who met Tuesday, concluded that stresses associated with this recent earthquake swarm may slightly increase the probability between 0.03 percent and 1.0 percent of an additional earthquake as large, or larger, than the September 26 magnitude 4.3 occurring over the next week.

These events come just a few weeks before the Great Shakeout, a nationwide earthquake preparedness drill on October 20.