Perseid Meteor Shower on the Way 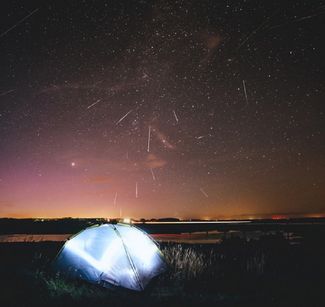 Perseid meteor shower will burst into light this August as Earth passes through the long trail left by Comet Swift-Tuttle. With this year set to be the best since 2009, it will be best viewed after moon set at 1 a.m. It should be an excellent early-morning show as according to NASA meteor expert Bill Cooke, they will be in "outburst" in 2016, which means they'll appear at double the usual rates.

"This year, instead of seeing about 80 Perseids per hour, the rate could top 150 and even approach 200 meteors per hour," Cooke said. It's the first such outburst since 2009.