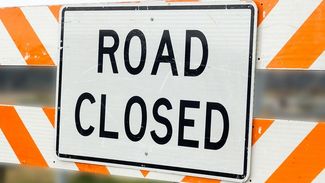 According to California Highway Patrol officer, the head-on crash happened just before 8 a.m. near Dudley's Bakery after a Nissan Altima, traveling eastbound on SR-78 crossed the double yellow line and collided, head on with a BMW traveling westbound.

The BMW burst into flames following the crash.

A 27-year-old man from Ridgecrest, California was driving the BMW. His injuries were desribed by CHP as life threatening and he was airlifted to UCSD Medical center. His passenger, a 20-year-old Julian woman, was taken to Sharp Memorial Hospital.

The driver of the Altima, has been described by CHP, as a 45-year-old Julian woman. She was also injured and taken to Sharp Memorial Hospital.

Reports are coming in about the Ramona to Santa Ysabel road being closed due to a serious traffic accident.

Two cars, a white sedan and a silver sedan have reportedly been involved in a head on collision outside the Star B Ranch. The current information states that one casualty has been airlifted out.

Updates will be posted when available.