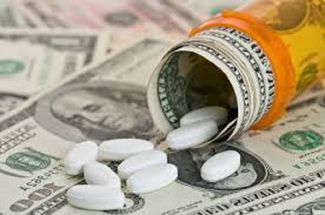 Since the completion of the official healthcare survey last month, The Fund (Borrego Valley Endowment Fund, BVEF) is working to decide where to direct their resources next; while the current Medical Center (Foundation) has endeavored to develop a newsletter.

Other than placing a few full page ads in the Borrego Sun newspaper, the BCHF Foundation Board has declined open discussion or interviews regarding their intentions for the people of one of the many communities they claim to serve. Rather, a public relations (PR) person, Brian Lorenz, has been employed and appointed as our only contact with regard to this non-profit public entity. This is the advertising firm chosen by the Medical Center to convince the public of their 'humble' philosophy.

Their first newsletter, circulated to all local post box holders, even trolls for new employees to share the wealth. Oddly, they offer to hire, "complete strangers." "As of January 2015" (perhaps they mean 2016) "all hourly employees will start at $15 per hour." Talk about growing strong, the Foundation touts nearly 900 employees and nearly twenty clinics. That is exactly the point. Gathering more Federally Qualified Health Centers (FQHC) ensures the Medicare reimbursement for services.

Based on analysis of Medicare cost reports, Medicare payments to most FQHCs were less than FQHC's cost of service. Medicare pays 80 percent of the FQHC's costs. The head count is the important thing, as is pointed out, where "Borrego has the highest rate of growth to similar sized California health centers." When it comes to medical billing, the number of people walking through the door ensures payment whether the patient is helped or not. Hence, "Total encounters" becomes another money maker. "... Our employees should enjoy a more relaxed and comfortable lifestyle without undue scrutiny," the new six-page newsletter states. A reference to high salaries?

When we looked at a comparison of all California health centers on the 'growth' chart they have provided, the Foundation's numbers become more interesting. First, while the other centers on the list show ZERO compensation to family members from the CEO, the Foundation shows $803,706 was paid to his family members. Further, while NO other center shows loans and transactions with Key Personnel, the Foundation shows $2,560,450 in loans and transactions with Key Personnel. Finally, the CEO's pay rate is nearly DOUBLE the average CEO compensation (excluding the lowest and highest highest). That should lead one to question: why the high salaries? Double plus family pay nearing a million annually? Is that not enough to bring in more doctors? In reviewing salaries of family practitioners across the country, the average pay hovers around $200,000 - $300,000 annually, making the pay scale of the Medical Center Doctors well above 200 percent of the national average. Doctors should be clamoring to get here.

The Foundation, in 2012, listed the head office, or base of operations as being located at 955 Harbor Island Drive, in San Diego, the location of 'Borrego Independent Physicians Association,' (BIPA), the Sea Tech Marine, LLC and Island Deli, all owned by Bruce Hebets, Foundation CEO. The Administrator of BIPA is (wife) Karen Hebets and Chairman of the Board is Dr. Alfredo Ratniewski , also the Medical Director for BCHF. Also named in these Bay Harbor businesses are Margaret Smith (Foundation CFO), Wayne Smith and Mikia B. Wallis, (Foundation Corporate Council).

Other business listings for the CEO include Hebson Photography in San Diego and Medpro Billing Services in La Mesa. Island Deli is listed as being opened in 2010, and grossing $220,000 annually for owner Bruce Hebets. Borrego Independent Physicians Association is listed as being founded in 2010, and claims to be operating for approximately five years, having three employees. According to the Foundation's 990 Forms, that year and 2011, the Foundation loaned $460,000 to the IPA.

The Foundation bought Dr. Ratniewski's practice for $2,299,181, and has paid Ratniewski $1.4 million as an employee (Medical Director) from 2010-2013, after purchasing his practice. The Foundation paid the BIPA $2,750,000+ in 2012 and 2013 for "Support as Sponsor of IPA." It is unclear how the IPA supports the BCHF. Dr. Ratniewski is listed as Medical Director at the Borrego Medical Center, President at the Cathedral City Clinic, President at the La Jolla Clinic, President at International Diet Systems in Chula Vista, and Doctor of Internal Medicine at Escondido, according to Dun & Bradstreet. Ratniewski is also listed as owner of two Centro Medico clinics that are not BCHF clinics.

It appears the BMC CEO Bruce Hebets is on the Board of Alfredo Ratniewski, Inc. in Cathedral City as well, but it is unknown whether he is compensated as such. Harbor Island Drive may be the roots of this CEO, who last was employed as a police officer in San Diego. "As a company, we are led by experienced professionals," could be a reference to his law enforcement background, or their "expert grant writing."