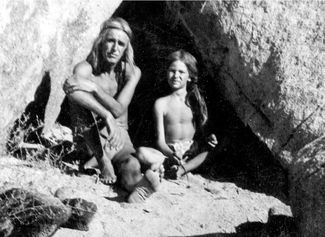 South lived his first fourteen years on Ghost Mountain and was the oldest of three children born to Marshal and Tanya South.

After graduating from Point Loma High School, South served in the US Army for two years before becoming an airplane mechanic at North Island NAS, where he worked until he retired. Following his retirement, he and his wife Lucille, moved to Silver City, New Mexico.

South had fallen on a step leading to his sunroom breaking his right femur. After surgery, he had appeared to be recovering nicely and was to be transported from the hospital to a rehabilitation center the next day, when he died unexpectedly in his sleep.

Rider will be cremated and his ashes will be buried in a cemetery plot in Silver City, NM, next to his wife Lucille. His sister Victoria and brother Rudyard have travelled to Silver City to take care of all arrangements and at this time, there is no information available as to whether there will be a memorial service.

Rider and Lucille participated in the Annual Borrego Days in October 2013 and led a hike to Ghost Mountain.

Diana Lindsay worked with South to piece together the South history and life on Ghost Mountain. The research led to the award-winning publication of Marshal South and the Ghost Mountain Chronicles, released in 2005 by Sunbelt Publications. This publication was followed by the film created for the ABDSP Visitor Center by John McDonald. South was also involved in the publication of his father's two western novels – Marshal South Rides Again, in 2013.

Rider leaves his two sons, Steven who lives in Jamul, California, and Matthew, who was living temporarily in Silver City, New Mexico, when his father passed away.