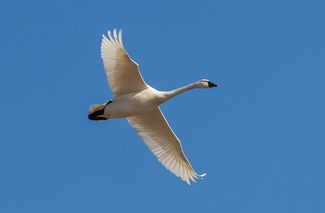 While there has been a significant decline in numbers over the last two years, there were some nice surprise visitors we have never seen before. Tundra Swan, Wood Duck, Summer Tanager, Barn Swallow, and Eurasian Wigeon.